The state of malnutrition in India is gradually improving. Preliminary results from the fourth National Family Health Survey, conducted in 2015-2016, show a decline in stunting among children from 43% in 2005-2006 to a current level of 32%. Similarly, the prevalence of underweight children has also decreased from 39% to 29%. While these numbers demonstrate a substantial decline, India still has a long way to go. 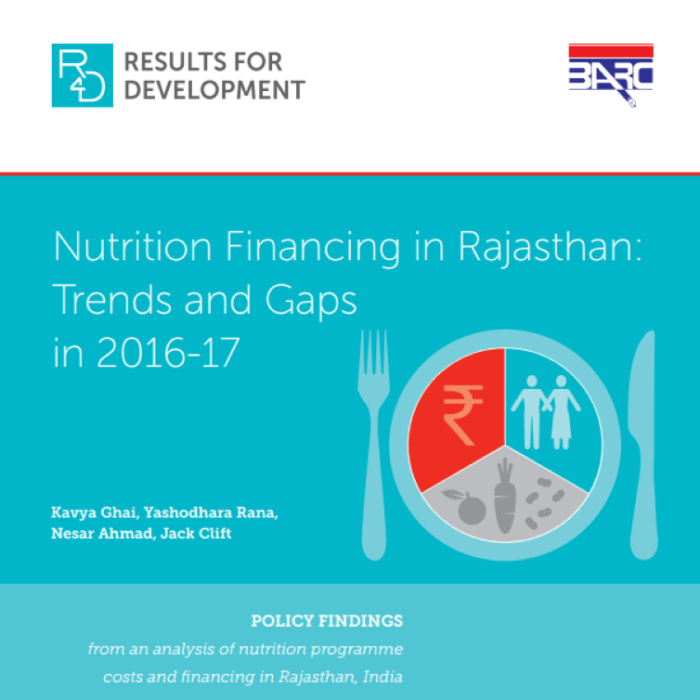 Assessing the gap between what is needed and what is available

Much of the problem is concentrated in a small number of states including Rajasthan, where millions of children are stunted (low height for age), wasted (low weight for height), or otherwise malnourished. These children are more likely to suffer cognitive and physical disabilities. The condition also weakens the immune system and puts children at greater risk of infectious diseases.

Addressing malnutrition is uniquely challenging because so many different factors play a role. While certain interventions, such as micronutrient supplementation, can directly help, others, like clean water and improved sanitation, education, and improved diets, play critical — though less direct — roles.

The Children’s Investment Fund Foundation (CIFF) is an independent philanthropic organization that works to transform the lives of poor and vulnerable children in developing countries.

CIFF’s areas of work include improving children and adolescents’ health, nutrition, education, deworming and welfare, and smart ways to slow down and stop climate change.

CIFF has chosen Rajasthan as one of their priority geographies for nutrition. The Chief Minister of Rajasthan has championed nutrition issues in the past and the government is currently rolling out a new program to treat and manage acutely malnourished children.

CIFF has partnered with the Results for Development Institute (R4D) to support their investments in Rajasthan. R4D has conducted technical analyses that can be used to improve the state of nutrition financing in Rajasthan, through a variety of channels.

R4D conducted an analysis of current government nutrition financing in the state for three fiscal years — 2014-15, 2015-16 and 2016-17 — and an assessment of the financial gap between what is needed in terms of resources and what is available. In the analysis linked here, we answer questions about how much financing is available for nutrition in Rajasthan, whether it is adequate to fully cover target populations with core nutrition services, to what extent nutrition budgets are effectively and efficiently spent, and whether other sectors relevant to nutrition (such as agriculture and water and sanitation) could be better leveraged. The findings from this analysis can be used by the Government of Rajasthan, CIFF, and other partners to improve nutrition financing and policy in the state and, in the long run, positively impact nutritional outcomes.