Part I of the paper reviews the literature on the benefits of primary education, covering the vast range of positive economic, social, political, psychosocial, and environmental impacts for individuals and society that are associated with primary education attainment. The evidence in Part I highlights the importance of primary education in breaking the intergenerational transmission of poverty and building dynamic, prosperous societies. The second half of the paper uses two economic methods to estimate the cost of OOSC in six countries where OOSC are still prevalent (Bangladesh, Cote d’Ivoire, Democratic Republic of Congo, India, Mali, and Yemen).. Part II reveals that there are significant economic incentives to educate current OOSC populations (up to 7% of gross domestic product) and even larger potential gains from providing remedial education to the OOSC of past generations.

Taken together, the findings of this report should provide impetus for efforts to reach out-of-school children and ensure that all citizens have access to primary education and the opportunity to reach their full economic and social potential. 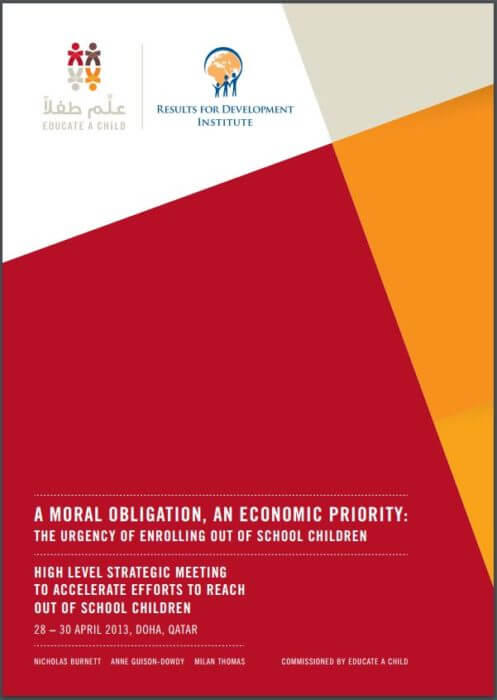