[Editor’s Note: Back in February, the Harvard Kennedy School’s Ash Center hosted an event titled, “Stories and Statistics: Why we need mixed methods to understand international development.” The event featured Transparency for Development (T4D) Principal Investigators representing opposing sides of the methodological spectrum: quantitative versus qualitative analysis. Instead of a sparring match over which method reigns supreme, the discussion centered on why we need both quantitative and qualitative evaluation methods to understand the full picture of impact. Building on this event, the “Stories and Stats” blog series is a way for us to share some exciting quantitative trends we’re observing in the early stages of our analysis in Indonesia and Tanzania — and to dig into the stories behind the numbers. For more, read the first three posts of this series: “How qualitative methods help us read between the numbers”; “The surprising ways citizens demand accountability when it comes to health care” and “How communities are working to improve health workers’ bedside manners.”]

By design, the Transparency for Development (T4D) project was deliberately non-prescriptive. Results for Development and the Ash Center began T4D to see if citizen engagement could lead to fewer deaths among pregnant women and newborns in Tanzania and Indonesia. More specifically, we wanted to investigate the questions of whether well-designed transparency and accountability interventions could improve maternal and newborn health outcomes (and under what conditions).

In Tanzania, project facilitators provided 100 communities with light-touch information about health practices and the local health system, and then guided a social action process in which community representatives decided what to do to improve maternal and newborn health. We left the decisions on how to act (or not) entirely up to the communities. While this approach maximized the potential to leverage the expertise and needs of the affected communities, it also left open the possibility that community members would choose social actions that ended up being counterproductive.

Even though we won’t know whether the social actions improved maternal and newborn health in these communities until we conduct endline surveys, we have already collected qualitative descriptions of the actions that occurred and the resulting impressions of community members. In reviewing this data, we noticed one type of social action, “bylaws,” could have mixed results. While some participants thought bylaws improved maternal and newborn health, research shows that bylaws can create perverse incentives and might actually harm community health.

Bylaws are not a unique creation of T4D. As part of Tanzania’s decentralization processes over the past decades, village authorities are empowered to approve these non-jail penalties to promote behavior change, usually through the imposition of a financial fee. Communities have successfully used bylaws to change behaviors across many sectors, including discouraging unhygienic traditional funeral practices, encouraging sustainable land management and enforcing curfews for young people to combat HIV transmission. So, it’s not surprising that 44 out of 100 communities in Tanzania recently decided to use the bylaw mechanism to try to improve maternal and child health care.

Below we examine potential risks certain bylaws could create for different groups, and offer potential alternatives. 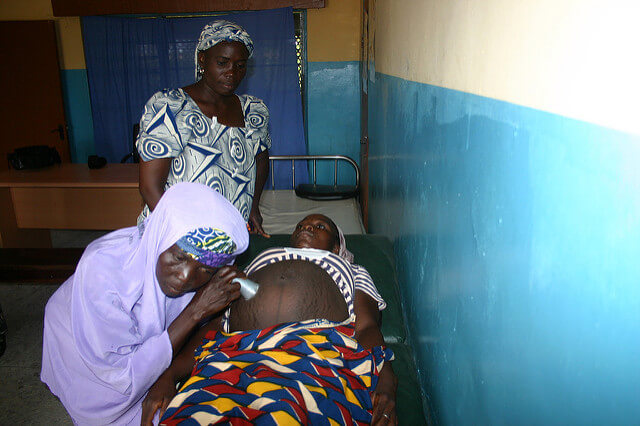 Traditional birth attendants (TBAs) are often the targets of financial penalties to discourage home births. Here, a TBA listens to a fetal heartbeat as part of a 2013 CDC program to, instead, integrate TBAs into the official health system. Photo © CDC Global

Communities who enacted these penalties hoped that by punishing TBAs for performing home births, they might encourage TBAs to escort women to a medical facility for delivery. In one community, two TBAs performed home births in violation of the new bylaw, and were forced to pay 5,000 shillings each (a little over US$2) — roughly twice what TBAs reportedly charge their patients for home births. That would seem like a powerful disincentive, and potentially a necessary one since many of the TBA-focused bylaws were enacted in communities where efforts to form partnerships between TBAs and official health providers had previously failed. However, punishing TBAs risks alienating experienced caregivers who may be the only choice for low-income women living in rural areas.

Thirty-two bylaws in Tanzania targeted men and aimed to improve male participation in maternal and child health care. Communities who enacted these bylaws hoped that this increased male involvement would improve men’s knowledge and ability to recognize danger signs and increase their willingness to provide support for mothers. For example, in one community, men who refuse to escort their partners to the clinic would be charged 50,000 shillings (around US$22).

Punishing males (or refusing to serve women without their male partners) may help shift traditional perceptions of “women issues,” by legally ascribing part of the responsibility for maternal and child health to men. It may also boost male attendance at check-ups by making non-attendance costlier than the frequent excuse of income lost from not working. But if responsibility for the fine is interpreted as the woman’s “fault,” it can also exacerbate gendered power imbalances that already disadvantage women in family health decisions and counteract the point of male involvement in the first place. Indeed, a different study in Tanzania found that forcing men to attend maternal health visits was not very effective in improving their understanding and support: “I am only going to attend with my wife because it is the rule, but I don’t know the purpose of it,” said one interviewee.

By enacting these bylaws, communities hoped to discourage “laziness” or “carelessness” (uzembe, in Swahili) in seeking maternal and neonatal health care — which 22 of the communities cited as a major barrier to maternal and child health. But having to pay a fine for past behavior could discourage women from participating in the official health system altogether. In at least one of the T4D villages, “fear of being fined” was cited as a deterrent to seeking health care. For example, after missing the first antenatal care visit (of four), women may decide to attend none at all rather than pay the fine (and still be able to get some antenatal care).

Below, we offer some guidance for developing bylaws that is based on our experiences in Tanzania as well as other non-T4D interventions. We hope this reflection gives donors and practitioners who are using and supporting bylaws as a behavior change approach some ideas of what might make a bylaw successful in improving health outcomes, while avoiding pitfalls that may increase the risk of creating perverse incentives.

Are bylaws having an impact on maternal and newborn health? 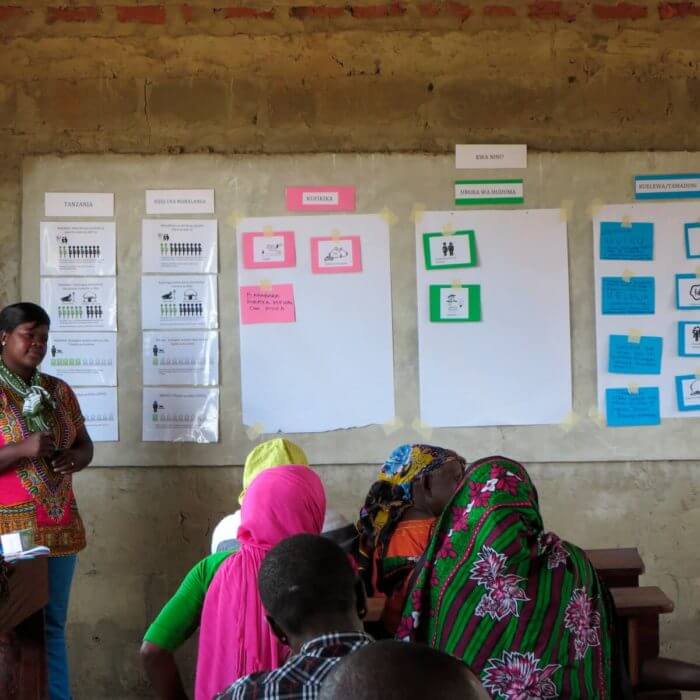 Read more about the Transparency for Development Initiative

Notwithstanding the individual risks and concerns highlighted above, it does seem that bylaws can be one tool for improving maternal and child health seeking. While we did not get detailed perception insights for all 44 communities whose representatives chose bylaws, 15 did report that they met their goals for improving maternal and child health. During the intervention, two villages charged fines for breaking the bylaws, three reported increased numbers of women attending the clinic with their partner, and six reported the bylaws were such successful deterrents that no one had been found to violate them.

But two quotes highlight this razor’s edge. One community representative we interviewed was “really proud” of the bylaw she helped pass in her village, because if “irresponsible mothers…are afraid of laws, they will attend clinic regularly.” But as one Ugandan professor of health policy put it, “In a setting where every shilling is valuable and transport is hard to find… women’s health suffers when policies do not take power and culturally ingrained gender roles into consideration, do not carefully sensitize implementers on the policy content and limits, and fail to monitor unintended effects of policy change.” As donors and practitioners working in this space, we must constantly remind ourselves of this lesson.