Join us on June 17 for an engaging discussion about the Partnership for Evidence and Equity in Rapid and Responsive Services (PEERSS).

PEERSS partners will describe how they have adapted evidence tools and approaches in response to the Covid-19 pandemic and reflect on new ideas and approaches that can be carried forward to continue strengthening the demand for and use of evidence in policy and practice decisions. Panelists will also discuss how the partnership as a learning and collaborative network is helping to advance progress in evidence use.

Launched in 2018, the overall aim of the Partnership for Evidence and Equity in Rapid and Responsive Social Systems is to strengthen the use of appropriate mechanisms and build conducive environments for advancing evidence-informed policymaking in the social systems, with a focus on the UN Sustainable Development Goals.

PEERSS is jointly funded by the International Development and Research Center (IDRC) and the William and Flora Hewlett Foundation. 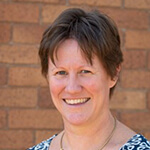 Professor Ruth Stewart is the director of the Africa Centre for Evidence (ACE) as well as the chairperson of the Africa Evidence Network (AEN). Having grown up in Malawi, she completed her undergraduate degree at Cambridge University and her PhD at the University of London. Professor Stewart has worked for over twenty years on the production and use of synthesized evidence to inform decision-making, including systematic reviews, rapid evidence assessments, and evidence maps. She holds a B1 rating from South Africa’s National Research Foundation. She is committed to making a difference through her work by ensuring that research evidence is useful and used, which she does by building relationships and communities around this common goal. She has played an instrumental role in establishing the field of evidence-informed development, and in establishing the concept of evidence networks. Throughout her career, Professor Stewart has worked across academia and government with the goal to engage stakeholders in her research using a wide range of approaches. When not directing ACE or chairing the AEN, she can be found either walking the Camino de Santiago or running after four children, two cats, and two dogs at her Johannesburg home. 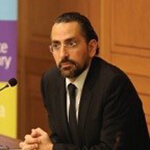 Dr. Fadi El-Jardali (PhD, MPH) is a global advocate for the use of science and research evidence in policy decisions and practice. He held several senior management and policy positions in public and private sector. He is currently the Director of the World Health Organization (WHO) Collaborating Center for Evidence-Informed Policy and Practice, Professor of Health Policy and Systems, Founder & Director of the Knowledge to Policy (K2P) Center; Co-Director of the Center for Systematic Reviews in Health Policy and Systems Research (SPARK). He is also a part time Professor at McMaster University in Canada and Co-Editor in Chief for Health Research, Policy and Systems (HARPS) Journal. He was recently inducted into the Delta Omega Honorary Society in Public Health. He co-hosted the Global Health System Research Symposium (HSR2020). He initiated the COVID-19 Rapid Response Series Initiative and the K2P Mentorship Institute. Dr. El-Jardali is a recipient of the Global Health Leadership Award. He has a Master of Public Health (MPH) and a PhD in public policy from Carleton University in Canada. 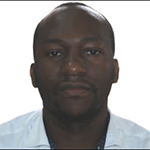 Mr. Kayongo Edward is a research scientist, evidence synthesis and methods specialist at The Center for Rapid Evidence Synthesis at Makerere University. He is a pharmacist with advanced training in clinical epidemiology and biostatistics from Makerere University, with special interest in Health Systems Strengthening. In addition to supporting the health sector, he coordinates the implementation of the Rapid Response Service in the Education and Gender Sectors at the national level, engaging and providing policy makers with high quality, timely and contextualised evidence to make urgent decisions in these sectors. Mr. Kayongo’s areas of research interest and competence are health systems, research methods, evidence synthesis and analysis – both quantitative, qualitative and non-conventional methods. 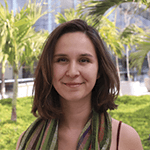 Ms. Laura Boeira is the Executive Director of Instituto Veredas, a Brazilian NGO dedicated to translating knowledge into public policies. She is a member of the EVIPNET Brasil network, International Initiative for Impact Evaluation (3ie), Evidence Synthesis International (esi), and PEERSS. Ms. Boeira has a bachelor’s degree in psychology, a master’s degree in bioethics and is pursuing a PhD in social psychology.

This website uses cookies to function properly and be optimized over time. Are you happy for us to use cookies to improve the website experience? This is done with performance cookies that learn how you and other visitors use the website.
Control my settingsYes, I am OK with it
Manage consent