The paper develops an analytical framework applied to India, Uganda, and Afghanistan— for conceptualizing the governance/stewardship function within health systems and the role of government in the context of an expanded role for private service provision and financing. The paper begins by reviewing the approaches to conceptualizing and operationalizing stewardship, drawing on recent literature, and then explores typologies of governance, with a focus on working models of engagement and collaboration between major public and private sector actors in achieving public health goals.

The private sector plays an increasingly important role in the health systems of low- and middle-income countries. Scaling up the delivery of essential interventions to achieve international health targets is dependent on working with it. The “private health sector” includes an enormous diversity of actors, including providers, funders, and suppliers of physical and knowledge inputs for the health sector. The boundaries between the public and private sectors are often unclear as many private actors operate outside the regulatory framework of the health sector on an informal basis.

The private sector has received insufficient attention from national and global policymakers because of a lack of information about its role. Public sector institutions often have a limited experience of engagement with the private sector due to suspicion compounded by a history of a lack communication, concerns about sustainability, and the complexity of interface required. They also lack the skills and competencies to engage with autonomous actors through more flexible and consensual approaches (as opposed to direct control).

This paper presents an analytical framework for conceptualizing the governance/stewardship function within health systems and the role of government in the context of an expanded role for private service provision and financing. The paper begins by reviewing the approaches to defining and identifying its main functions, drawing on recent literature. Governance is increasingly recognized by the World Health Organization and other global and national actors to be a fundamental health system function, and is a central part of their health sector and developmental strategies. Governance is a multidimensional concept, and there are normative, instrumental, and pragmatic models of stewardship. Governance failures, in health systems or in the wider society, have been perceived as obstructing progress toward international goals such as the Millennium Development Goals for health. These failures include the lack of a longterm vision and planning for essential interventions, the absence of a functional regulatory framework, failure to address corruption, and limited efforts to assess performance. However, existing governance frameworks have not always been explicit about the significant role often played by private sector actors.

The paper then explores typologies of governance, with a focus on multiple forms of engagement and relationships between major public and private sector actors in achieving public health goals. In our conceptual model, the government interacts with the private sector at three different levels: by protecting the public interest, by working with the private sector, and by learning from each other. Possible roles for government (funder, regulator, health system steward) are identified in the context of a large or growing private sector. Indicators of progress are suggested. The framework recognizes that there are multiple public and private sector actors including individual consumers, civil society, and, particularly in the context of aid-dependent low-income countries, donors. These actors are in complex interrelationships involving exchange of funding, skills, inputs, services, information, influence, and accountability. The relationships are shaped by formal rules of engagement and informal rules, values, and attitudes. Maintaining engagement between actors—through dialogue, sharing information, and ensuring mutual accountability—is key to building and sustaining these relationships. The framework is applied to three case studies—of Afghanistan, India, Uganda—illustrating how differences in context affect the nature of the stewardship function and the approaches that have been adopted to shaping the role of government in mixed health systems. Finally, the capacities required within both the public and private sectors to establish working models for multi-actor collaboration are considered. 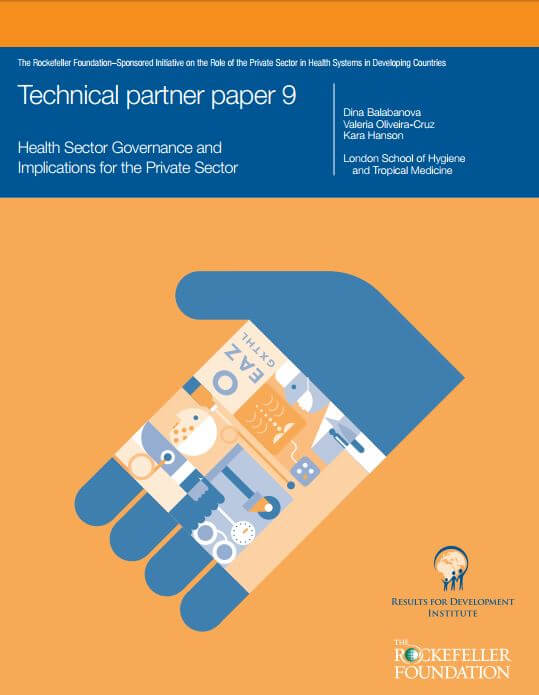