The paper seeks to explain the very large differences in per capita spending on healthcare across countries and determines that almost all (more than 90%) of these differences can be explained by variation in per capita income (gross national product). It looks at potential mechanisms to increase healthcare spending to above the level predicted by per capita income and investigates whether a larger public share of overall spending “buys” better health sector development and outcomes.

The problems and shortcomings of health care systems in the developing world are well documented: resources are far too scarce to provide quality health care services to the entire population; hospitals lack equipment; clinics are dilapidated and lack water and electricity; drugs have to be bought in private pharmacies or kiosks (where there is often no quality control), the poor have little or no access unless they pay out of their pockets, the upper income groups benefit disproportionately from public services; inequalities in health outcomes between the poor and the rich are very large, new diseases (such as HIV/AIDS) exert added stress on an already overburdened system. The list goes on.

In this paper, we present some of the empirical evidence that has accumulated over the years and that should be taken into account in the discussions about health sector development and reform, especially in the developing world. We first look at some studies by the Organisation for Economic Co-operation and Development (OECD) and present evidence on two broad questions: first, what determines overall spending on health care and, second, is a large role for the public sector (as measured by the public share of spending) beneficial for the health sector? As outcome measures for the sector, we look at health levels and at equity issues regarding health and health care financing.

In section 3, we turn to the world as a whole to see whether some of the patterns found in OECD countries hold for all countries of the world. In section 4, we document additional patterns that are relevant for the future debate on how to improve the performance of health care systems in the developing world. In the concluding section, we make the case that, in light of the many old and some new empirical findings, the debate regarding health care reform should move away from the ideological public or private sector arguments and into an area where the realities on the ground call for new and innovative public-private partnerships that can accelerate the implementation of desperately needed health sector improvements. 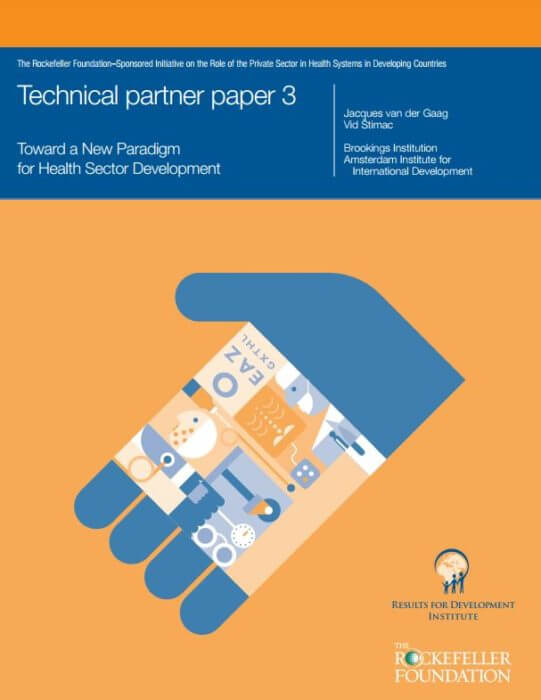