[From 2013 to 2018, the Transparency for Development (T4D) project — a joint effort of the Ash Center at the Harvard Kennedy School and Results for Development — evaluated the effectiveness of a transparency and participation program that sought to improve maternal, newborn and child health. The result of the randomized controlled trial component of the evaluation was null — meaning that, on average, the program did not measurably improve the targeted health outcomes. At the same time, the wealth of qualitative information we collected allowed us to dig deeper into the stories behind these results, which revealed some surprising examples of specific, community-level success. This Bright Spots blog series will highlight and discuss those exceptions, not to contradict the RCT results, but to further contextualize them. Read the introductory post and the second post on facility supplies and infrastructure.]

Health facilities play a central role in safeguarding and promoting the health of women and newborn children. But what if you cannot afford a vehicle and the nearest health facility is too far away to walk? What if the roads between you and your health care provider were so dilapidated that a car could not safely traverse them? And what can rural communities do if their villages have no health facilities at all?

The availability and accessibility of health facilities was a clear priority for community representatives involved in the T4D program, to the extent that 71% of communities (79% in Indonesia and 63% in Tanzania) planned at least one social action designed to “improve facility access.” This represented the second most common social action classification (after “awareness-raising activities”).

However, despite the salience of this issue and the enthusiasm of participants to do something about it, our quantitative data showed that, on average, expectant mothers were no more likely to give birth at a health facility as a result of the T4D program, nor were they more likely to attend antenatal care visits.

So, were these social actions unsuccessful? Over the program as a whole, it appears so. Nevertheless, a number of interesting stories emerged where community action did bring about tangible change. This piece sheds light on three of these bright spots: an attempt to provide emergency transport services, an action to repair a village’s crumbling bridges, and one community’s campaign to finally secure their own health facility.

For communities without an emergency vehicle service, lobbying for an ambulance represented an obvious priority. This became clear in our data, with just over a quarter of communities designing a social action to secure an ambulance service (although this was far more common in Indonesia at 35.1% than Tanzania at 3.7%). 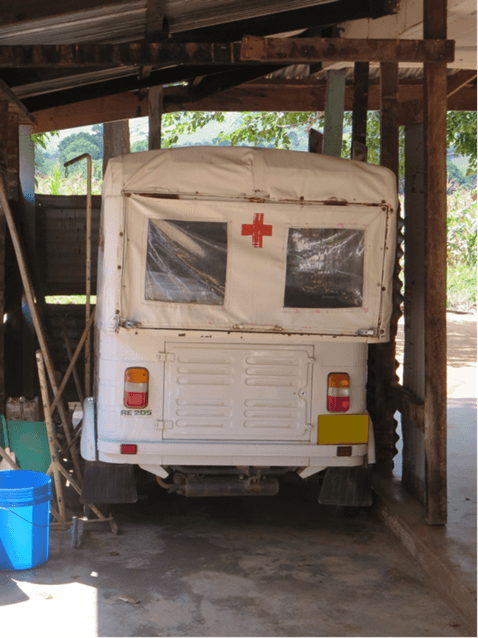 An ambulance photographed outside a dispensary in Tanzania during the T4D program.

As with many of the social action campaigns, communities experienced varying degrees of success. In one Indonesian community, the representatives successfully delivered a proposal for a new ambulance to the village leadership, but did not see any tangible gains by the end of the program. Nevertheless, a village head sympathetically promised to “gather my own money to buy an ambulance,” with one representative stating that they would “keep in contact with the village head to confirm the provision of the ambulance…[he] promises to provide it before the end of their position period.”

Other villages reported greater success. One team of representatives visited their village head in order to discuss securing additional midwives and doctors for the local clinic. In later interviews, it became clear that they also ended up requesting an ambulance during this discussion. By the end of the program, three representatives confirmed that the ambulance had been acquired as a result of their work, although our program facilitator did not report seeing any such ambulance with their own eyes. It is worth mentioning that some communities who did not manage to secure an ambulance did have more success setting up their own emergency car service. You can hear more about it in the next blog in the series on DIY actions.

Another interesting story emerged from an Indonesian village that was partly isolated from the nearest health facility by a river. During heavy flooding, this river could only be traversed using a rudimentary bamboo bridge that could not hold the weight of a vehicle and was in dire need of repair. Clinic workers pointed out that pregnant woman would find this difficult to cross if going into labor, and that women had failed to attend antenatal visits “because they are afraid to fall into the river.”

In their social action plan, the community representatives planned to survey the bridge, raise their concerns in an informal meeting with village leadership, and cooperate with the leadership to repair the bridge. At the end of the program, the representatives reported good news: as a result of “enthusiastic” cooperation between themselves and village leaders, the bamboo bridge had been successfully repaired, and they now had a new goal of replacing the bamboo with a hanging bridge that could be traversed by vehicle. The representatives had already passed on this request to the village head, but no funding was available to implement such an upgrade. Nevertheless, one representative reported that resources could be forthcoming once new funds were incorporated into the village budget.

Bringing the dispensary closer to home

Communities without their own clinic often have to travel greater distances to get to a government-run facility. In searching for a solution, they may choose to lobby local government (as many communities did), but if the necessary resources are not available, even sympathetic officials can promise very little. But what if communities, faced with these realities, decided to take matters into their own hands?

In a number of villages, the community representatives did just that. One Tanzanian community launched their own campaign by asking the local government to lobby their ward councilor, who proceeded to deliver both blueprints for a new facility and an estimated project budget. 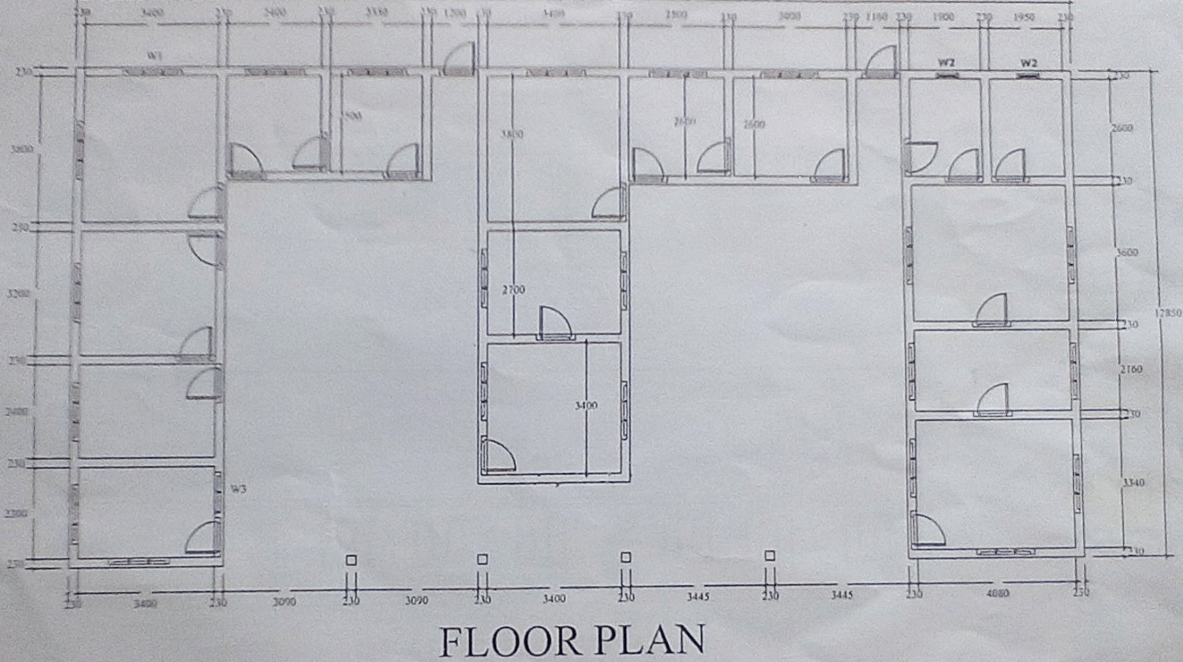 An example of a health facility blueprint from one Tanzanian village.

They communicated this cost to the wider community in an open meeting, where it was agreed that each sub-village would contribute 200 bricks for construction. These sub-villages also managed to crowdfund TZS 63,000 (about US$ 27.00), with those who could not contribute money providing timber and cement. A representative explained: “The whole village has started carrying stones to men, clearing the farm…and they dig the foundation.” By the end of the T4D program, one villager working on the project stated, “Construction is doing great; the house foundation is done,” and another noted that the community appeared determined to continue their work.

‘Bring services closer to the people’

Despite our results demonstrating that the T4D program had no average impact on health, stories like these nevertheless demonstrate community resolve to “bring services closer to the people,” as one Tanzanian community representative put it. You can learn more about how participants experienced the T4D program in our Encouraging Participation paper.

About the author
James Rasaiah is a program assistant for Transparency for Development and China Programs at the Harvard Kennedy School Ash Center for Democratic Governance and Innovation.