From 2013 to 2018, the Transparency for Development (T4D) Initiative — a joint effort of the Ash Center at the Harvard Kennedy School and Results for Development — evaluated the effectiveness of a transparency and participation program that sought to improve maternal, newborn, and child health. As part of a forthcoming ‘Bright Spots” blog series, we are exploring the wealth of qualitative information we collected to dig deeper into the specific, community-level and individual stories behind the evaluation results. This information also allows us to reflect on our program through a gender lens. In the previous post, “Did women participate? Gender reflections on Transparency for Development,” we looked at participation rates and motivations; in this companion piece, we look at how that participation translated into empowerment and (possibly) shifted conceptions of gender roles.

I want women to be self-aware. A woman cannot get justice if she doesn’t recognize who she is.”—A 22-year-old community representative from Tanzania

I know more about health and became confident enough to go outside… Previously I was ashamed to go out without any purpose.”—A 39-year-old community representative in Indonesia

Male Buy-In to a Non-Traditional Role

In 2015, the World Health Organization published a strong recommendation to promote the involvement of men during pregnancy, childbirth and after care. Since then, additional evidence for the concept has accumulated. This reflects a persistent belief by many that pregnancy care is a woman’s responsibility while men provide for their families. 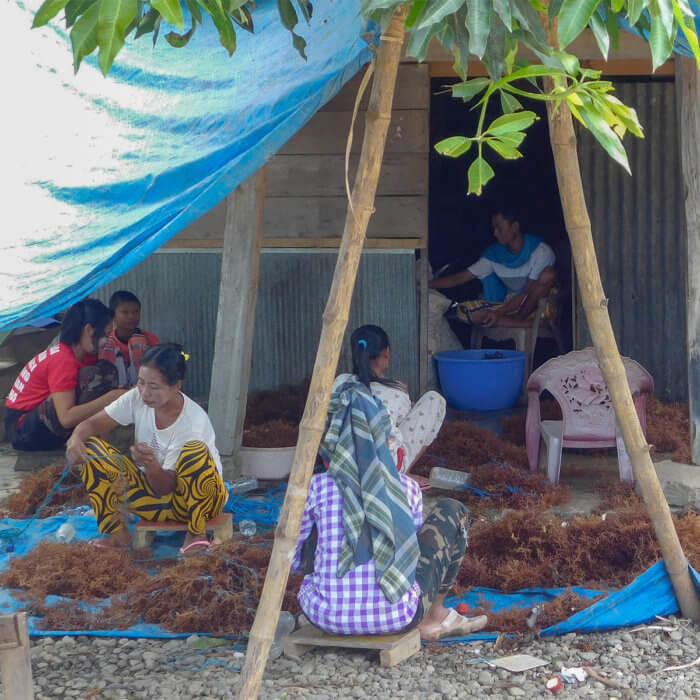 In this post on the Transparency for Development project, we look at participation rates and motivations.

Indeed, many communities involved in our T4D project noted a lack of male support for pregnant mothers as a key barrier to maternal and newborn health. Approximately 10% of participants’ social actions in Indonesia and 20% of the actions in Tanzania were aimed at improving male and familial support for antenatal care and preparation for birth. More than half of Indonesian communities designed at least one action targeting this barrier; in Tanzania, almost all villages did so.

In Indonesia, actions on this topic were primarily softer education campaigns. Tanzania also saw several education campaign actions, although punitive approaches were more common, like bylaws and fines for men who do not accompany their wives to antenatal care visits.

There were some bright spots in actions taken to promote male involvement. In one Indonesian village, two female community representatives reported success in an action to “invite the husbands of pregnant mothers to support his spouse in giving birth at the facility,” because their own husbands did not support them. Following an education campaign in Tanzania, one village chairman proclaimed he would be taking his 4-year-old child to the clinic on his own. In a different Tanzanian community, one community representative led a bylaw action to force men to accompany women to the clinic, because “Men mostly run away once they realize their girls are pregnant.”  They were still waiting for the 50,000 shilling (about $20) fine to be approved at the end of the intervention, but the community representative claimed many men had already changed their behavior in the process.

Still, many of the actions faced challenges or ultimately broke down, and the average impact of the program on health outcomes was null, as this paper on T4D’s full randomized controlled trial shows. In one community in Tanzania, for example, the facilitator noticed a strong “custom that women are not to speak in front of people.” At their education event, the health worker recalled a major disagreement between the husbands and wives in attendance, as well as opposition from local religious authorities.  In Indonesia, one community representative admitted that when they asked the administrative village head to talk about the importance of family support for maternal health, he “seemed not too pleased to give this explanation and information to people.”

Finally, and perhaps most importantly, the brightest bright spot of our intervention is in participant empowerment. Trained meeting observers measured community representatives’ optimism and confidence throughout the process in a random sample of T4D villages. Our “Encouraging Participation” working paper details the methods and results more fully, but a few key findings are relevant here:

These results, like all that we have discussed, are just suggestive and not conclusive. (That’s why you should fully integrate gender into program design, rather than reflecting on gender only after the fact.) Bigger improvements in participation and optimism for women could be partly due to them starting off less confident in their efficacy. Indeed, individual participants in Indonesia, where most of the groups were mostly or all women, reported lower perceptions of civic efficacy than in Tanzania, where more participants were men. But by the end of the program, nearly half of all participants who were interviewed in Indonesia told interviewers they felt more confident in their civic efficacy than they had at the start.

For people working in the accountability and citizen engagement space, that is a promising sign amidst null results for other outcomes.  A lead community representative in Indonesia told her interviewer, “I have to be brave, even if I am just a villager and not educated. The most important thing is to have confidence. “

Even so, other quotes and our evaluation results (which will be shared in a forthcoming paper) still suggest there is much more progress to be made.

We hope to draw out additional gender-relevant lessons from more thorough analyses of T4D’s results, so if there are specific questions you think we should ask ourselves as we close the program, please share them with us in comments below. We may only be able to generate more questions than answers for the field, but we are thrilled that this conversation is taking place and that we can take part in it.