How much does the U.S. contribute? 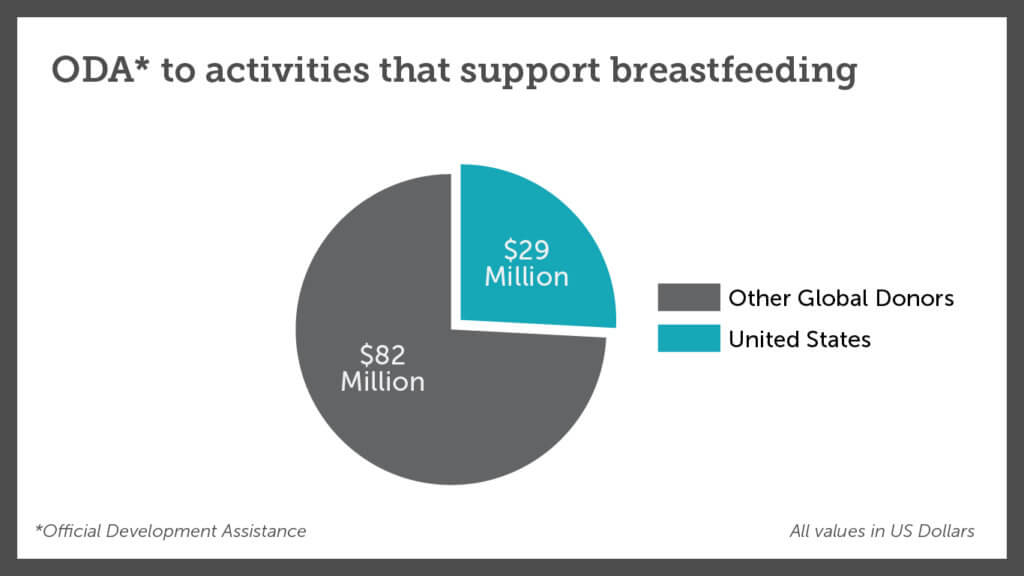 [Editor’s Note: Content of this post reflects the views and opinions of the authors, based on an analysis of public data conducted by R4D researchers. No U.S. government funding contributed to the analysis.]

Recently, the topic of breastfeeding has been making headlines, following some unexpectedly contentious negotiations at the World Health Assembly (WHA), reported first in Malnutrition Deeply, and later picked up by the New York Times. In particular, the U.S. delegation has been accused by breastfeeding advocates of undermining global political commitments to breastfeeding and promoting the interests of industry rather than the welfare of children, by opposing elements of a WHA resolution that originally included several references to the International Code of Marketing of Breast-milk Substitutes.

At Results for Development, one of our nutrition team’s focus areas is to analyze how donors are supporting nutrition in their official development assistance (ODA) activities. The controversy over the U.S. activities at the World Health Assembly prompted us to look at how much the U.S. is doing to promote breastfeeding around the world. 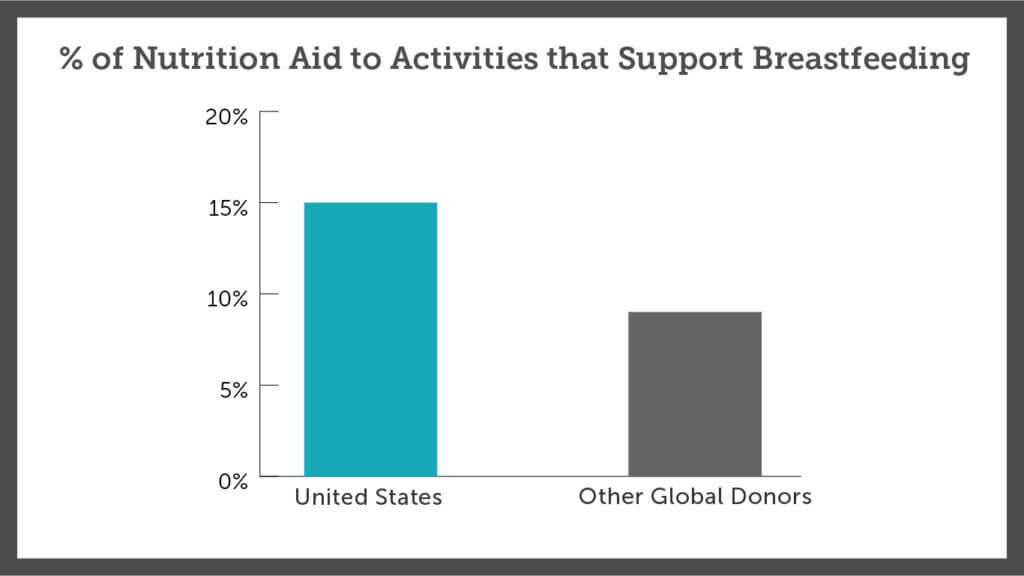 Based on an analysis of aid disbursements for 2015 [1] from the OECD DAC Creditor Reporting System, we estimate that the U.S. was responsible for over a quarter of the total donor funding for breastfeeding promotion activities at $29 million; you can view full details of the methodology here. This may be unsurprising given the relative size of the U.S. economy, but the U.S. also spent a higher percentage of its aid budget supporting breastfeeding projects than other countries. We estimate 15 percent of U.S. aid for nutrition contributed to activities supporting breastfeeding — compared to 9 percent for all other major donors in 2015. Moreover, in terms of total ODA, we estimate the share of U.S. aid for breastfeeding is approximately three times the average for other major donors (though, in both cases, this is a very small share).

Based on this latest analysis, the U.S. has, in the past, played a very important financial role in supporting breastfeeding promotion programs in low- and middle-income countries, and in 2015 was making this a relatively high priority for donor aid. 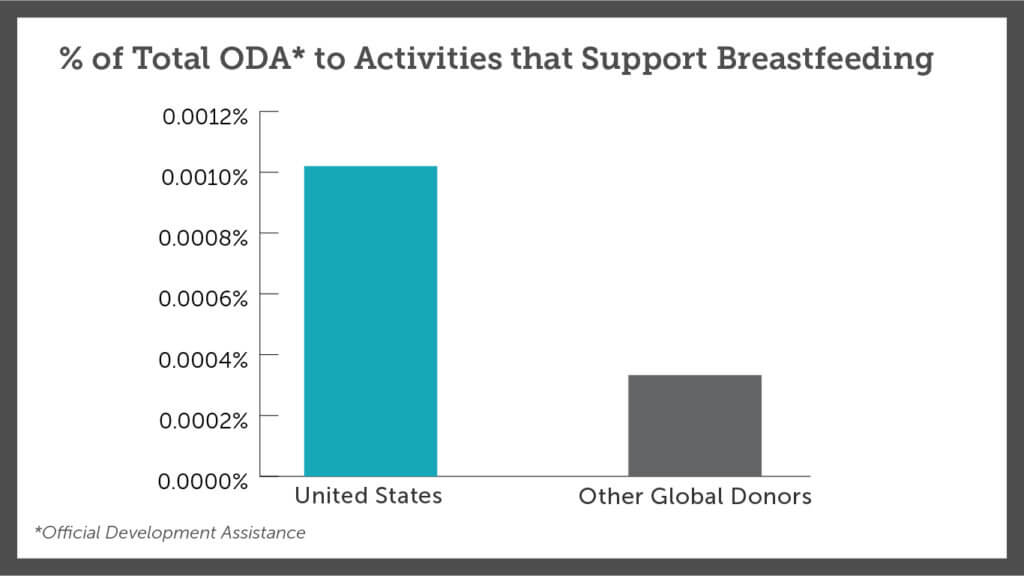 Nonetheless, in order to maximize impact, it is important that donors are consistently using all tools at their disposal to support breastfeeding: global-level political commitments should reinforce — and be reinforced by — the country-level programs funded through ODA finance.

While this type of financing data is not yet available on ODA activities under the current administration, the world needs the U.S. to continue to contribute to global efforts to promote breastfeeding in order to reach the World Health Assembly target for exclusive breastfeeding by 2025. The Investment Framework for Nutrition, a collaboration between the World Bank, Results for Development and 1,000 Days, estimated that approximately U.S. $600 million per year is needed for breastfeeding promotion above and beyond the 2015 baseline funding from donors and domestic governments. To reach these goals, domestic governments will need to progressively increase their spending on breastfeeding promotion over time, but we will also need the donor community — including the U.S. — to step up their financial commitments significantly in order to catalyze progress toward the WHA exclusive breastfeeding target.

[1] We rely on data reported through the OECD Development Assistance Committee Creditor Reporting System, which is significantly lagged. The figures presented here are based on an R4D analysis conducted in 2017 on the 2015 expenditures, which were the latest data available at the time. At time of writing, we are currently in the process of analyzing the latest available data, expenditures from 2016.